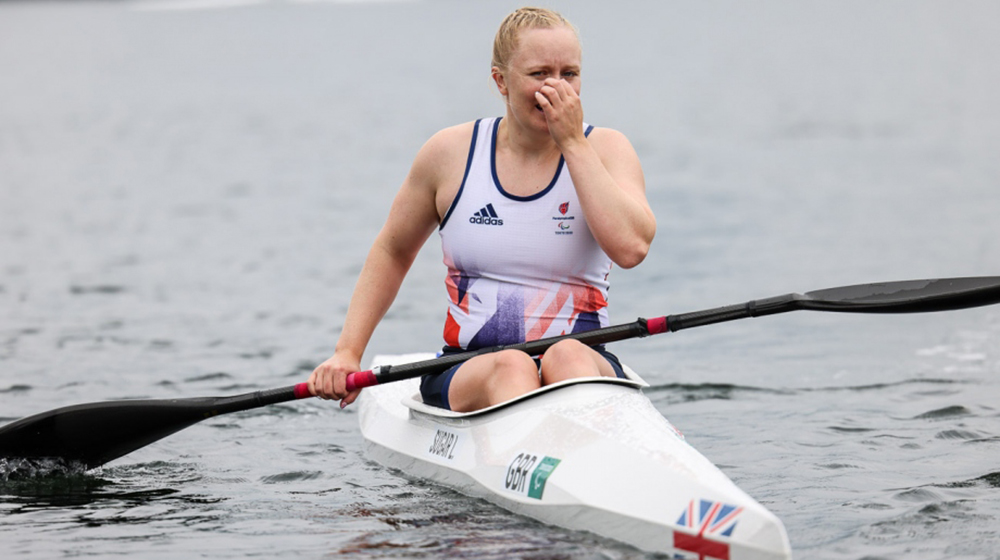 Great Britain’s gold medals went to Charlotte Henshaw in the women’s KL2 and Laura Sugar in the women’s KL3. This is the same result achieved when paracanoe debuted in Rio 2016. Edina Mueller of Germany achieved the women’s KL1 gold medal, adding it to the gold she won in wheelchair basketball at the 2012 London Paralympics.

Fernando Rufino de Paulo won his gold for Brazil in the men’s VL2, but eyes were set on Curtis McGrath who became the first paracanoe athlete to win two gold medals at a single Games. He added the VL3 and the KL2 golds.

“Very happy to have this all done, it’s been a long road and everyone has worked really hard to get here,” -McGrath

The gold medallist Charlotte Henshaw had never sat in a kayak until after the Rio Paralympics. However, on Friday she added her name in history after winning in the women’s KL2.

She decided to switch to paracanoe after competing at three Paralympics as a swimmer, where she won silver and bronze.

“It looks lovely, the bronze and the silver, but it looks much better when there is one of each colour. I knew I wanted to try and do it, I mean I wouldn’t be involved in the Paralympic movement if I didn’t want to win a gold medal, but I didn’t ever assume it would be an easy road, and it hasn’t been at all.

In the case of Laura Sugar, she took up paracanoe even later on, but the 12 month delay gave her an extra year to learn the sport. She used to be a track and field athlete, and decided to go professional on paracanoe in 2018.

Rufino de Paulo won his Paralympic gold finally, as he withdrew from the event in Rio due to a health scare. Now, he won in the men’s VL2. The athlete used to be a rodeo bull rider who had more than 80 accidents in his life. He was determined to make up for his lost time at the Tokyo Paralympic Games.

“This represents every time I said no to parties, to keep my head focussed, and all those times I had to leave my family.” -Rufino de Paulo

In the end Great Britain finished the competition as the most successful nation at the Tokyo Paralympic Games. The country won three gold medals, one silver and three bronze medals. Australia was second with two gold and one silver medal and Brazil was third with a gold and two silver.

For more Paralympic results you can find out the complete results for the Paralympic swimming as well as the Rowing Paralympics.

Images from the ICF