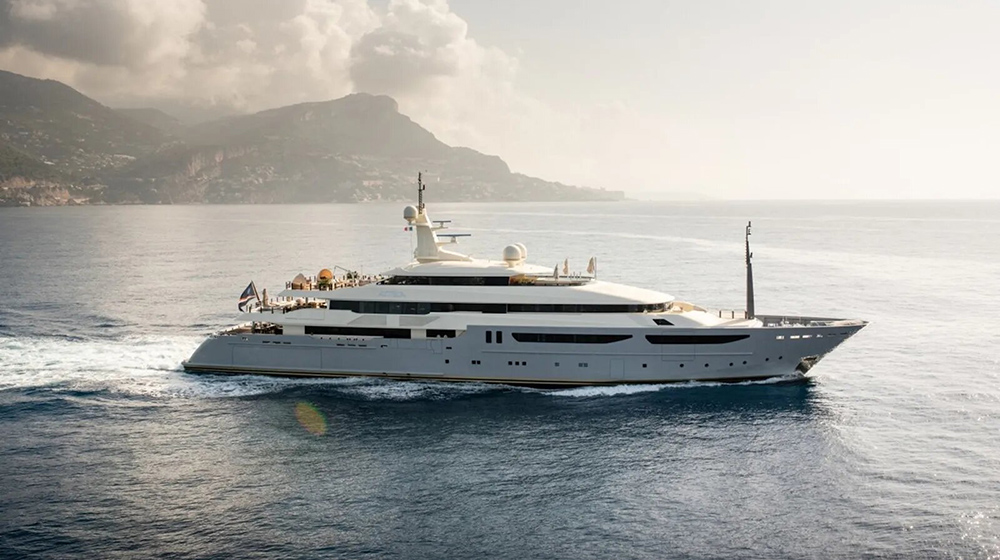 This 72m superyacht was sold in cryptocurrency

The 72-metre superyacht Azteca has been sold after being only three months on the market. The deal was closed in-house at Ocean Independence and it marked a milestone in the yachting industry’s growing interest towards cryptocurrencies. Azteca was valued at €65,000,000 at the time of sale.

Can you buy a boat with bitcoin?

The rise of bitcoin has been baffling big banks for over a decade. The first real-world transaction recorded was made by Floridian computer programmer Laszlo Hanyecz, who purchased two pizzas for 10,000 BTC ($30). As the cryptocurrency increased its value, now those two pizzas would’ve cost around $578 million.

Denison Yachting has become one of the first brokers to embrace this controversial coin, and they have been successful. The US broker has completed six transactions in bitcoin and has two more under contract. On paper buyer and seller are both willing to exchange bitcoin, but in practice this is not always the case:

“Most yacht owners today aren’t interested in receiving bitcoin direct, if a brokerage client wants USD or EUR we use a service to convert the cryptocurrency and charge a 1% transaction fee.” -Bob Denison, president and founder of Denison Yachting.

As with all investments, bitcoin is not immune to fluctuations. While there is currently a surge in value, historically the currency has been prone to ups and downs, which might explain its slow integration in the brokerage sector.

“If you have something today that’s worth, say €10 million, this afternoon it could be worth €15 million, and tomorrow morning it’s worth just €5 million,” -Juan Andrade, SuperYachtsMonaco.

Bitcoin and other cryptocurrency has gained serious traction last year alone, but some companies remain undeterred, including three of the largest payment companies who have recently begun dealing in crypto: Mastercard, Paypal and Visa. The transition towards cryptocurrencies is slow but steady, and other industries are also opening up to this new digital currency.

Azteca was built in 2010 by CRN and has undergone a refit this past year, rebuilding her main engines among other work. The 2,043 GT superyacht has been designed by Nuvolari Lenard and can accommodate as many as 16 guests across eight staterooms. Her owner’s suite is complete with ensuite bathrooms as well as a fold-out balcony.