The World Sailing and European Sailing Federation (EUROSAF) have decided the 2021 Hempel Offshore Championship will be held together with the 2021 event of the Marina Militare Nastro Rosa regatta in Italy.

Hempel has extended the sport and moved the competition to offshore sailing. The Offshore World Championship 2021 will be held in Italy. The Marina Militare Nastro Rosa is a month-long competition held in eight different stages.

During the first four stages, the competition moves from Genoa to Rome Civitavecchia, Gaeta and Napoli. This first half that already took place, hosted on the Tyrrhenian Sea, encompassed the EUROSAF Mixed Offshore European Championship and qualification events.

The second half of the regatta will take place on the Adriatic Sea together with the Hempel Offshore World Championship and qualification events. Locations include Brindisi, Bari, Marina di Ravenna and a grand finale in Venice.

Both Championships are a two-person mixed competition, meaning men and women compete on equal terms. Competition is open to nations from all continents.

“The Hempel World Championship will enable the world’s leading mixed crews to face off against each other for the first time along the Adriatic Coast. We are delighted that Hempel have extended their support to this event and are excited to partner with Marina Militare Nastro Rosa to take the event to the heart of the Italian sailing community.” -David Graham, World Sailing Chief Executive Officer.

The 2021 Hempel Offshore World Championship will be a showcase of the best mixed offshore double handed sailing. Moreover, the whole Marina Militare Nastro Rosa Tour offers a simplified version of the sport of sailing with its three disciplines - offshore, inshore and boards. Competition sails today and ends on the 26th of September in Venice. 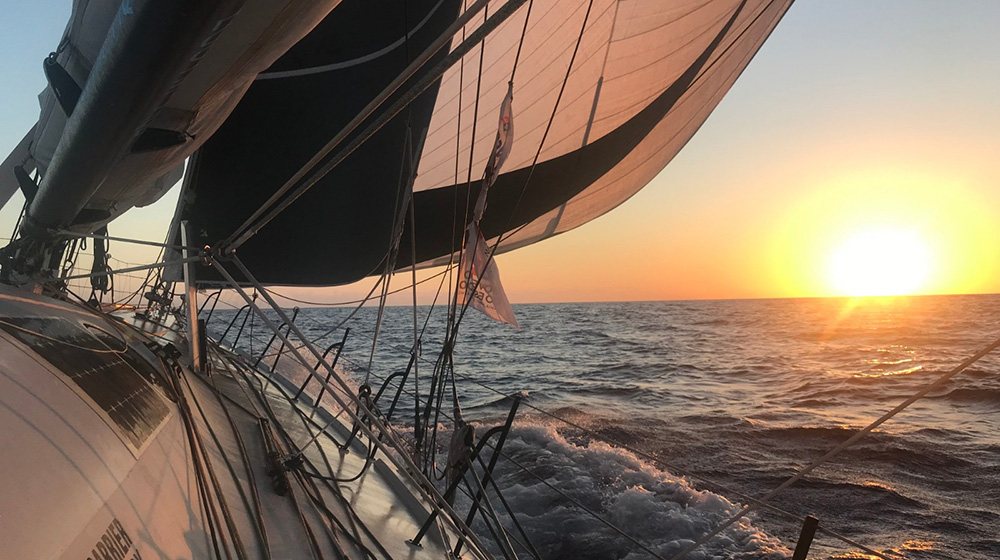