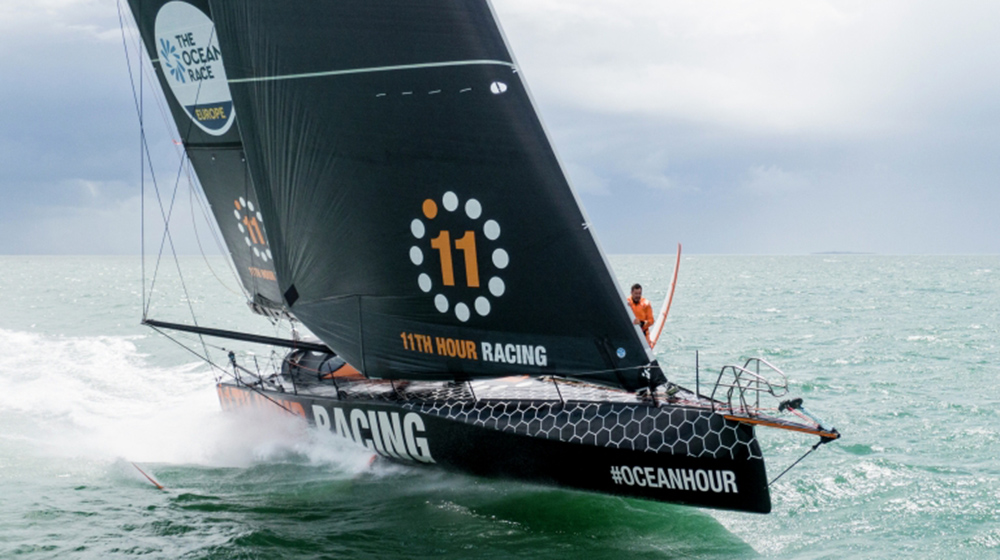 The competition started on Saturday May 29. International ocean racing teams from around the world departed from Lorient, France for the first edition of The Ocean Race Europe.

This new European multi-stage race attracted the attention of top-tier teams. 12 teams from 9 different countries compete in this edition. There are two classes of high-performance ocean racing yachts: the 65-foot VO65 and the 60-foot IMOCA 60. Both reach high speeds and, given the right conditions, can cover 600 nautical miles in 24 hours.

The Ocean Race Europe is part of the IMOCA Globe Series which runs from 2021 through to the 2024-25 Vendée Globe. This inaugural edition leads off a ten-year calendar of racing activities in which sailing teams will be pushing their limits to raise with victory.

In the foiling IMOCA 60 class crews have been keeping it close during the first 24 hours of the first leg. All five crews matched each other’s manoeuvres as they raced downwind towards Cape Finisterre.

On Sunday afternoon the USA entry 11th Hour Racing Team held the top spot. This team is  led by US yachtman Charlie Enright. Based in the city of Newport, Rhode Island, the crew made a transatlantic crossing to take part in The Ocean Race Europe.

“So far so good, It’s been pretty tricky… I feel like we’ve positioned ourselves in a way that, nine times out of ten, it’s pretty good,” Charlie Enright, American skipper.

The Bureau Vallée led by the French skipper Louis Burton is also doing really well. Moreover, the new vessel seems to be faster than the older version. Louis Burton has recently finished third in the 2020-21 Vendée Globe nonstop around-the-world race. His crew is made up of fellow French sailor Davy Beaudart and Servane Escoffier, both highly experienced ocean racers.

Offshore Team Germany is led by the German Olympian and experienced offshore skipper Robert Stanjek. His team has set its sights on racing in The Ocean Race 2022-23. Stanjek has recruited British Olympian racer Annie Lush as well as the talented young German sailor Phillip Kasüske.

The VO65 division has been used for the past two around-the-world editions of The Ocean Race. Now the fleet is set for the third lap in the upcoming 2022-23 edition. The Design VO65s is identical in every way. This means they are extremely evenly matched during competitions.

The Portuguese favourites Mirpuri Foundation Racing Team have maintained their position at the front. Behind them the rest of the pack is just seven nautical miles away.

“We’ve got all the other boats on AIS (automatic identification system), the tracking system, and we are logging all the numbers of the other boats so we can monitor their performance and try to get the best out of our boat” - Yoann Richomme, French skipper.

In The Ocean Race Europe there are two entries from the Netherlands as well as one from Austria, Lithuania, Mexico, Poland and Portugal. The Dutch-flagged entry of AkzoNobel Ocean Racing is led by the Australian skipper Chris Nicholson. The team has an international line-up with proven experience and young talent, featuring Britain’s Will Harris as navigator.