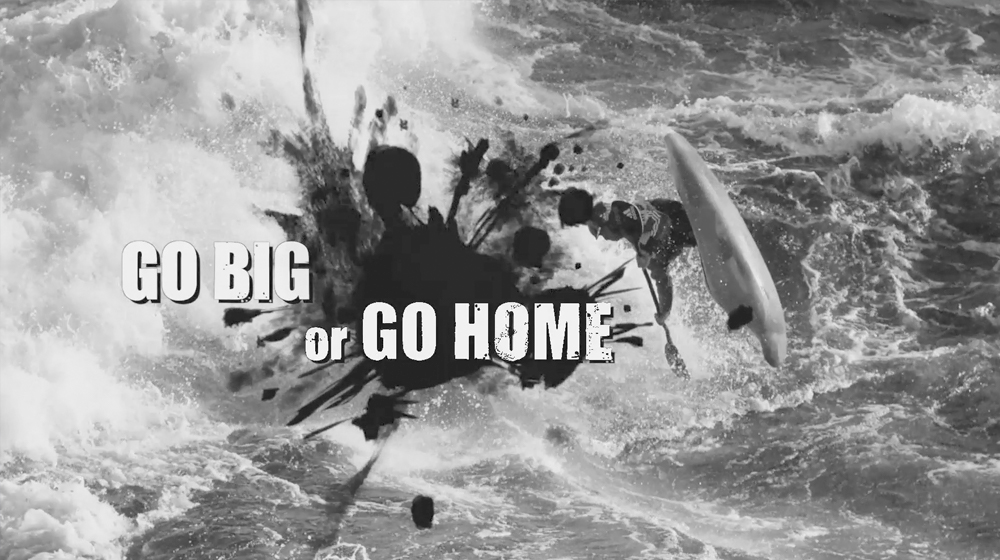 All four athletes are members of the Adidas Sickline Kayak Team, and in winter, they flee the cold and travel to the White Nile in Uganda. However, the highlight of this trip comes when in summer they return to the huge river waves in Quebec. This team of adventurers continue to push themselves and their sport to the limit, their motto: “Go Big or Go Home!”