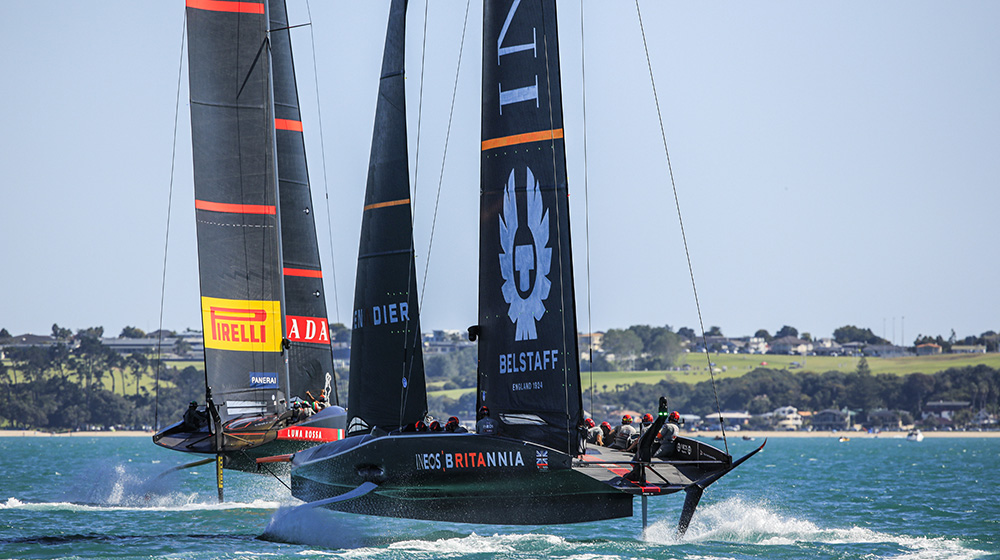 Before competing in the oldest trophy in international sport, the America’s Cup, teams need to prove their worth in the Prada’s Cup. The winner of this arduous competition will be able to compete against the defender of the America’s Cup: the competition that stands in the pinnacle of yachting and has top performance boats and crew push themselves to the limit.

The trophy for the PRADA Cup has been created by the renowned designer Marc Newson and handcrafted by Florentine silversmiths. Inspired by the first luxury steamer trunks that this brand produced, it was assembled by hand, and has now become a new icon in the world of sailing. Teams from all over the world will fight to try to qualify to compete in this competition, and it is not an easy feat.

Become part of the crew formed by superheroes as they fight to get the advantage and be the fastest in the water. In this race split seconds determine victory, and a single mistake could mean going back home empty-handed. Watch the highlights and best moments of the PRADA Cup, on Nautical Channel.

The Round Robin competition continues as teams face each other in 4 rounds to determine who will advance to the final and who will have to compete in a semi-final before heading to the final of the Prada Cup.

Get ready to see INEOS Team UK, NYYC American Magic and Luna Rossa Prada Pirelli compete ferociously in one of the top competitions of sailing.

As INEOS Team UK won the Round Robins, now it is the time for Luna Rossa Prada Pirelli and NYYC American Magic to compete on this semi-final of the 2021 Prada Cup. The first to win four races will become the final contender against the British team in this competition. Who will that be?

Luna Rossa Prada Pirelli has advanced to the final of the Prada Cup against INEOS Team UK to decide who will be the final challenger for the 36th America's Cup against Emirates Team New Zealand. They will be competing in a first of 7 wins format. Watch out now this competition that has had thousands of spectators jumping off their seat, on Nautical Channel.

We are coming to an end in this Prada Cup. So far, Luna Rossa Prada Pirelli has been winning the 2021 PRADA's Cup Final, however, every sailing enthusiast knows winds can quickly change any moment. Will INEOS Team UK take advantage of the situation? Or is this already a clear victory for Luna Rossa Prada Pirelli? Find out now, on Nautical Channel.

The Road To Bermuda