Jeff Bezos is building a yacht that needs its own yacht

Rumours regarding the construction of a vessel for the owner of Amazon have now been confirmed. The secretive 127-meter sailing yacht is getting built at Oceanco in the Netherlands. Information regarding this new project from Amazon founder comes from Brad Stone’s book “Amazon Unbound”.

This project is known as Y721 and the ship will be a three-masted schooner 127m-long. It will become the world’s largest sailing yacht when it gets delivered. It will beat the reigning champion Sea Cloud by 17 meters.

Bezos hasn’t owned a ship in the past. However, he has repeatedly displayed a fondness for yacht travel. This will be the first yacht he will have and he will include a second “support yacht” with its own helipad. Bezos’ girlfriend, Lauren Sanchez, is a helicopter pilot and Bezos has been taking flying lessons as well.

Jeff Bezos is the richest man in the world.

While massive yachts are often bought by the richest men, Bezos with a fortune worth $193 billion hasn’t previously had a boat. Jeff Bezos is the world richest person, and lately has been seen in yachts. In 2019, a photo that went viral claimed Bezos owned a $400 million yacht known as the Flying Fox. However, Amazon denied this information.

Bezos announced in February that he plans to step down as CEO for Amazon in the third quarter of 2021. He still plans to stay involved in important initiatives at Amazon as the executive chairman, but his goal now is to spend more time on philanthropy.

He will dedicate more time to the Bezos Earth Fund and his Day One Fund. Also, he plans to work for The Washington Post, which he purchased in 2013, and his rocket company, Blue Origin. This is similar to what Elon Musk, the third richest person in the world, does with his company SpaceX.

We recommend: Solar panels break grounds in the luxury yacht industry. Want to know why?

Oceanco is behind record-breaking superyachts. This shipyard has already delivered the 106.7-meter-long Black Pearl in 2018 that is still the largest DynaRig sailing yacht in the world. This has three 70 metre-tall carbon masts.

“Oceanco values the privacy and confidentiality of all our clients and prospective clients and therefore does not comment on our involvement or non-involvement in specific projects,” said a spokesperson for Oceanco.

The shipyard is oriented towards nonconformist owners and ambitious partners that challenge the status quo through boundary-pushing yachts. They aim to create the next-generation of superyachts with trend-setting projects as Alfa Nero, Tranquility or Bravo Eugenia amongst others.

The 127-meter luxury yacht will be ready in 2022. Until then, the nautical world will have to wait to see further advances in Jeff Bezos’ superyacht.

US Boat Sales Up During Pandemic

The boating summer 2021 trends for a perfect summer 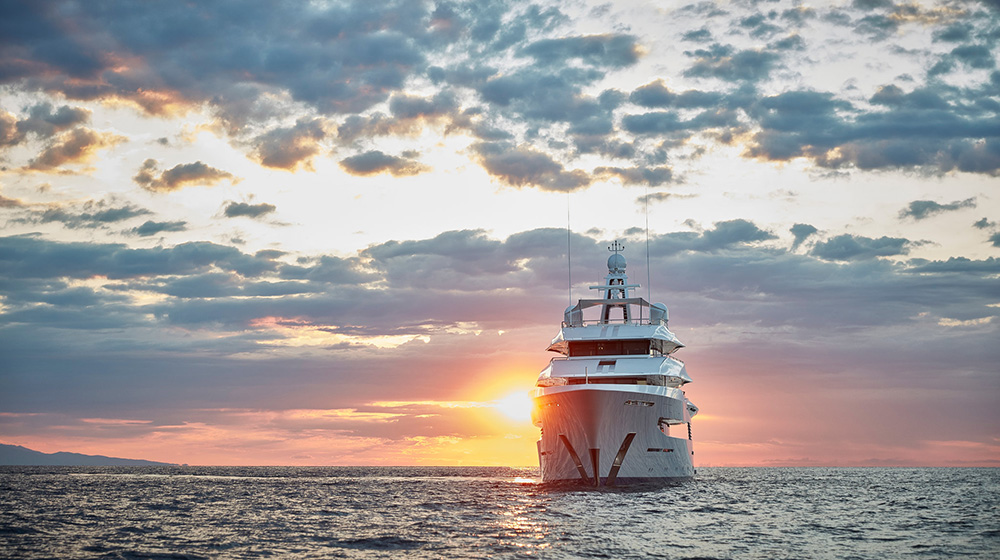