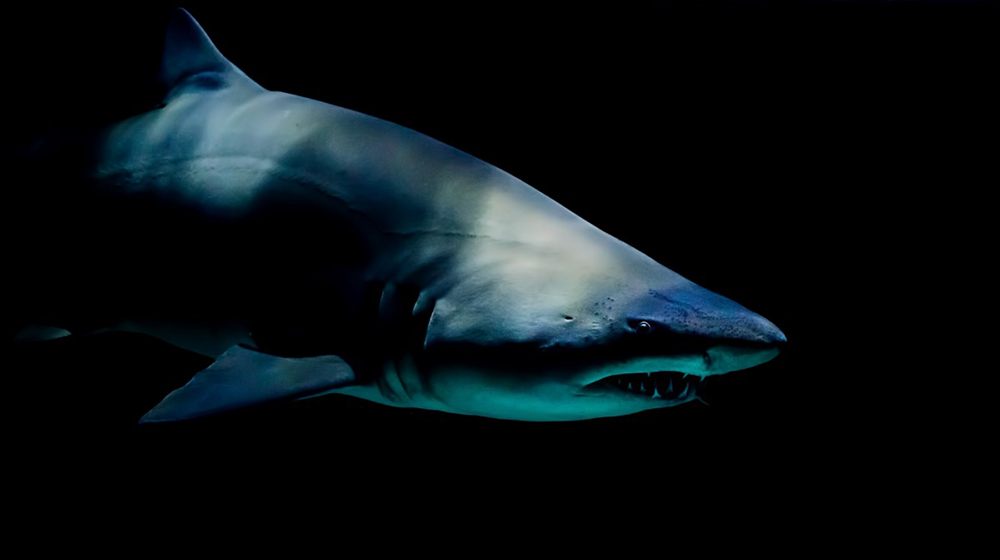 Galeophobia or selachophobia - the fear of sharks - is one of the most common phobias related to the ocean. As one of the world’s mightiest predators, most humans are scared of these animals. Do you know how you can overcome an irrational fear for sharks?

If you are in the ocean and suddenly start hearing iconic Jaws theme music, there are chances a shark is around. The great white shark is the strongest fish on Earth: it has up to 300 razor-sharp teeth, scary eyes and can jump up to 15 feet (4.5m) to catch their prey at full propulsion.

However, they are not at the top of the oceanic food chain. This role belongs to the orca, also known as the killer whale. The orca is, nonetheless, a marine mammal and not a fish. The notorious reputation of sharks has been fueled by several misconceptions and false assumptions, most of which have been caused by popular culture.

There are different types of phobias that relate to marine life. The less common one is ichthyophobia. This is the fear of being near, touching or even eating fish. This is rare and is not considered a psychological disorder, and it comes from the Greek word “ichthus” which means “fish” and “phobos” meaning “fear.

This brings us back to the current fear of discussion: Galeophobia. This is the persistent, uncontrollable fear for sharks. Compared to the fear of small fish, more people are prone to suffer or experience galeophobia, and it could be said it is a less irrational phobia. This is because sharks are potentially dangerous and can (already have) killed humans.

Although the odds of losing your life in a shark attack are slim, there is a possibility, and this is frightening. People who suffer from galeophobia or selachophobia can experience panic attacks, nervousness,  stress, hysteria, stomach ache, chest pain, elevated heart rate, anxiety and nightmares.

When they see a shark, either on the beach or in an aquarium or on a boat, galeophobes can go through deep mental distress, shortness of breath, trembling, nausea and dizziness. As a common response, they close their eyes, cry, scream and try to run away from the situation.

This fear of sharks can be so extreme that people have actually fainted or experienced arrhythmia. In some cases, simply referring to the word “shark” can trigger unpleasant emotions and discomfort in these individuals.

Depiction of sharks in Hollywood

While it is understandable that people fear sharks, they can avoid swimming in the ocean or even swimming pools, meaning it could affect their social life. Hollywood movies like “Jaws” (1975), “Deep Blue Sea” (1999), “Open Water” (2004), “The Shallows” (2016 and “47 Meters Down” (2017) have boosted our imagination and dark fears for the oceanic predator.

These depict sharks as ruthless, merciless, cold-blooded marine predators that attack everything that gets on their way. The film industry has portrayed sharks as violent and bloodthirsty, as if they obsessively chased human prey for a tastier snack.