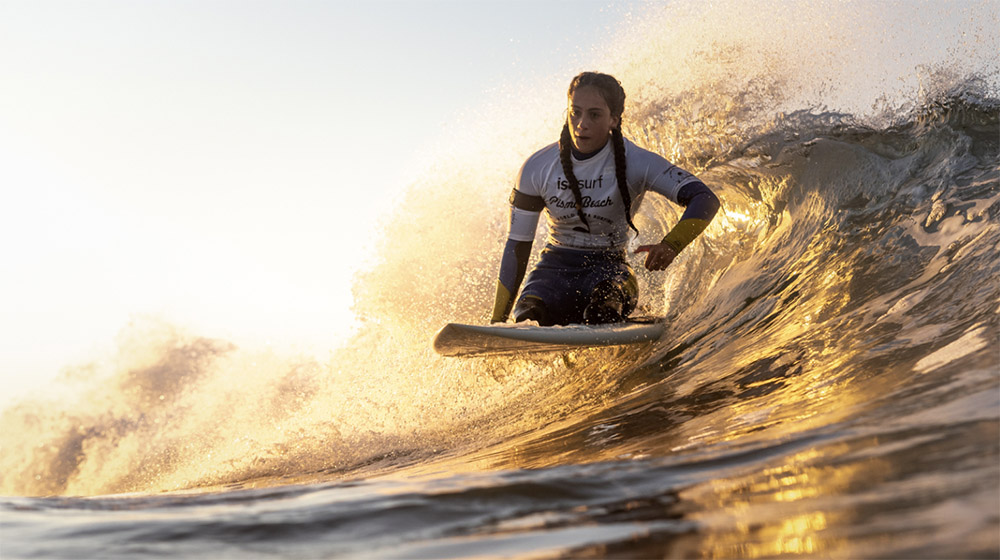 The defending champions have retained their first place in the Finals in Pismo Beach. In second place Team Spain beat Brazil in Bronze and Costa Rica with Copper.

Liv Stone, Sarah Bettencourt and Jose Martinez have acquired three gold medals. The women used their clever heat strategy and impeccable surfing to back up their 2020 wins, while Jose Martinez pushed his teammate Jesse Billauer to the end in the last heat of the day at the Men’s Prone 2 final.

“To represent my country for a new sport that’s coming out, that I see as absolutely epic and is going to be so meaningful for the rest of the world, not just for us. I am grateful and I am honored.” -Martinez.

Four returning champions have claimed their third gold medal in the ISA World Para Surfing Championship. Mark “Mono” Stewart (AUS) and Alcino “Pirata” Neto were back on top, while Victoria Feige (CAN) and Melissa Reid (ENG) achieved their third victory in a row.

“I worked three shifts and gave up all my vacation time to pay for my travel, I’m so happy to win this all of Costa Rica!” -Roy Calderon

Two women won gold medals for the first time in adaptive surf: in the women’s visually impaired 1 final Marta Paço (POR) achieved a convincing win, while Joyce Neumueller (AUS) won in Women’s Prone 2. She led constantly before posting an 8.00 and sealing the deal in her first appearance on the international stage.

Fellipe Kizu Lima finished the Sit final with the highest single wave score of the event: 9.83. As he backed up 8.93, the Brazilian accumulated 18.76 and delivered the highest heat score of the championship, beating his own previous record.