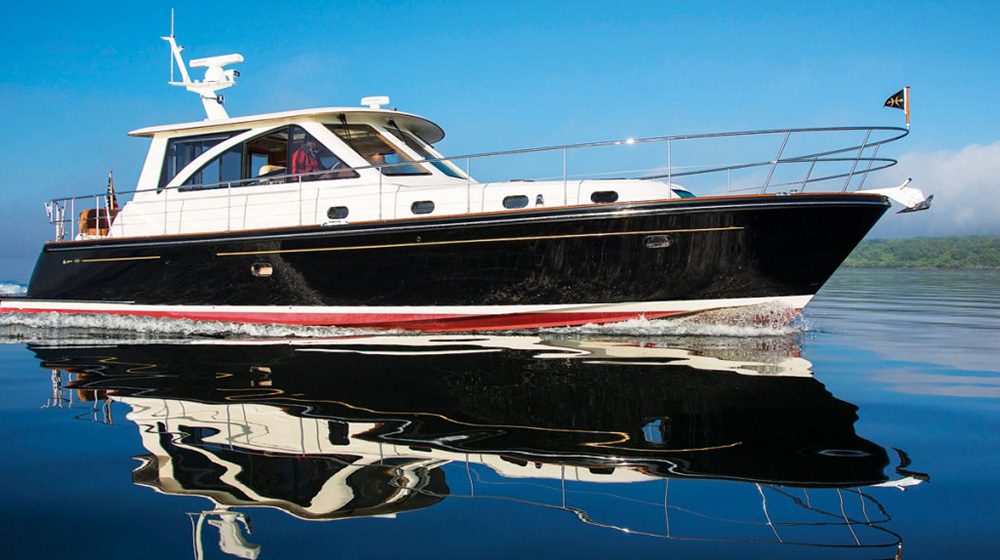 5 powerboat icons that changed boating around the world

Powerboat racing is a sport filled with adrenaline and power, and it can seem far away from yachting and cruising. However, most of the sports boats we enjoy today would not be possible without the powerboat icons that changed boating around the world.

During a brief period, auto-boat racing was an Olympic sport, with races taking place on the Isle of Wight in 1908. However, it’s popularity exploded in the 1960s and 1970s with the developments in engineering, materials, speed and safety. P1 Championships developed in 2003 in Italy.

Related article: What most don’t know about P1 racing

The legendary designer created the boat that has won more races than any other powerboat in history: the quadruple-engined be-winged 44ft Cesa/Gancia dei Gancia. In their more than 40 years of activity, his company FB Design won 52 world championships, 7 Harmsworth Trophies, two Round Britains and broke 56 world speed records.

The descendants of the designs of Fabio Buzzi can now be found in service with the government and military agencies all over the world, and in the leisure boating industry we find crafts like the Sunseeker XS2000 and Hawk 38.

Other designers like Peter Thornycroft and Alan Burnard are also worthy of attention, as many of their hulls are still in service today. Nonetheless, Fabio’s achievements trumps them all. In 2019, Fabio Buzzi was killed in an accident for a Speed Record attempt.

For many, offshore powerboat racing is the ultimate challenge for all racers. One of the oldest and most legendary is the Cowes-Torquay competition, which was initiated in 1961 after Sir Max Aitken decided to help grow the UK marine industry with this race.

Amongst its winners, home grown contenders Tommy Sopwith won three times and the Gardner brothers (Charles and Jimmy) won in their Bertram 31 Surfrider and Surfury in 1664 and 1967. However, Steve Curtis, owner of Cougar Marine, has won eight Class One powerboat racing world championships in this race.

His 2016 victory in the Cowes-Torquay Race was the roughest seen as he ploughed through the water. Steve Curtis has sealed his place in powerboat history and in the boating industry!

Female powerboat racers were not very common, but their contribution to the sport and the industry are worthy of mention. In the USA, Betty Cook piloted her 36ft Cigarette Kaama and left behind competition in the 1978 Cowes Torquay Race before securing two world championships.

In the British aristocracy, the brave Countess of Arran piloted fast-unconventional designs like Highland Fling amongst others. However, our top female driver is Lady Violet Aitken, wife of Sir Max Aitken and Ladies’ Trophy winner several times. Lady Aitken’s daughter Laura and granddaughter Lucci followed her steps as powerboat racers.

One of the most successful hull designers in powerboat history is Ray Hunt. He embraced the fast-developing engineering and materials in his well developed designs, taking the leap towards carbon-fibre reinforced by Kevlar.

His high performance designs led Dick Bertram’s 1961 Miami-Nassau victory with his prototype Moppie. The racer finished a whole day ahead of the third-placed boat. Ray Hunt has become the grandfather of nowadays sport boats.